IWI Jericho 941 9mm SA chamber loaded indicator behind the port on right side of slide.1 mag and case.
Good solid shape! This is the original all-metal "Baby Eagle" with the polygonal barrel.

Israeli Government IMI Jericho 941F's, occasionally available on the US Civilian Surplus Market, are SA the versions of the IMI/IWI Jericho 941 models sold new in the US.These pistols can appear with either factory SAO triggers, or trigger/frame modifications performed by Israeli Armorers. The Armorer-modified version can be externally identified by an extra roll-pin added in the frame slightly forward of the trigger-pivot (also a roll-pin). This extra roll-pin prevents the trigger from moving forward to the now non-existent DA position within the trigger-guard. The SAO triggers of the Govt. 941s apply to what is commonly known as the "Israeli Method" of carry, otherwise known as "Condition 3".

One innovation by IMI was a new, much "hotter" cartridge, the .41 Action Express to go along with the Jericho 941. A key feature shared between 9mm and .41 AE is that the AE cartridges have rebated rims which are the same diameter as the less powerful rounds, but the case is wider, providing more capacity and potential for more power. This allows these pairs of calibers to be used in the same firearm with only a change of barrel, recoil spring and magazine.[2]

The .41 AE was less commercially successful than the 10mm, and was soon discontinued. Experience with heavily loaded rounds gave IMI a considerable lead, however, in chambering for the soon-to-be successful .40 S&W and also allowed the Jericho to be designed for the popular .45 ACP. Initially Jericho pistols used barrels with polygonal rifling, which sometimes produces slightly higher velocity due to better bullet to barrel fit. IWI switched to conventional land and groove rifling from 2005 to 2007.

It was first imported into the United States in 1990 by K.B.I., Inc. of Harrisburg, Pennsylvania. It was later imported by O.F. Mossberg & Sons and named the Uzi Eagle and by Magnum Research, Inc. as the Baby Eagle until the end of 2008. Some pistols from Magnum Research are marked Desert Eagle Pistol. Despite these names being used in the American market, the Jericho 941 is not related to the IMI Desert Eagle other than its manufacture and design by IMI, and bears only a slight cosmetic resemblance to the larger pistol. From January 2009 until they ceased business in January 2010, K.B.I., Inc. (which also imported Charles Daly firearms) imported the handgun as the Jericho. Magnum Research, now a division of Kahr Arms, announced a renewed importation of the Jericho.

The Jericho 941 is issued in current service throughout the Israeli Security Forces, but Israel Weapon Industries lost a 1.2 Billion Pesos bid for the Philippine National Police's 60,000 handgun procurement on July 11, 2012

Shipped on your time in Canada.

Valid PAL required.
CFP/RCMP courtesy of Bill C-71 and JT will require any non restricted firearm to have a transfer registration number approved by the CFT to sell, give or transfer as of MAY 18, 2022.

Bill C-21, effective 30 parliment sitting days after May 28 all sales, transfers unless to a dealer will be FROZEN -what happens after a bank account get frozen.....? GET IT HERE WHILE YOU CAN

ANY ATTEMPT TO INQUIRE IF A PURCHASE CAN BE MADE WITHOUT A VALID AND CONFIRMED PAL WILL RESULT IN AN AUTOMATIC POLICE AND CFP CENTER REPORT. DON'T WASTE MY TIME WHICH MAY GET YOU TIME!

How to Support TownPost

We were Demonetized by Google and we are 100% funded by folks like you! 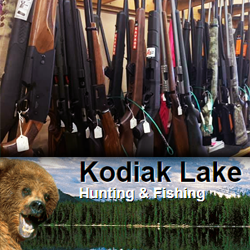 Lake Lot off the shores o...

LANDSCAPING? WE HAVE TRE...

The Ultimate Off Grid Hom...