The only thing it’s missing to make it the ultimate hunting machine is a heater, but it’s a liquid cooled engine, which means it accepts the argo heater kit. They don’t put liquid cooled engines in Argos anymore, so these are sought after. It also has the alternator installed to run whatever you need, which saves you having to pull the engine to get it put on.

Other than some minor rust from towing during the winter and some abrasion on the cab in a couple places from normal use, it’s mint. Chains and bearings have always been kept lubricated, and it’s been driven with care, as well as serviced according to the manual. I don’t use it as much as I’d like, and I’d rather put the money to other projects.

Comes with all manuals and documentation. 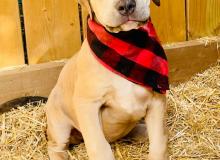